Our Full List of Members has now been updated!

New Event Photographs have been added - The Presidents Lunch in the South West. - have a look!

Check our Furure Events section to keep updated and to plan you visits.

Eligible to join us?

If you think you are eligible and would like to become a member, please look at our How to Join page

The list of all our planed events and visits for 2015 are now ready - have a look! - click here

A new page added - 'Industry People you may Remember' - click on this to see - and send us your photograph!

The Annual Accounts, and other legal Documents

Our logo and the 'Maltese Cross' 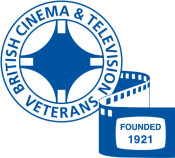 "Many people ask about our logo incorporated into our badge.
"The centre of the badge is a replica of a Maltese Cross, used in all traditional 70mm, 35mm and 16mm projectors throughout the world. This is the intermittent mechanism locked into the projector's motor and linked to the main driving sprocket of the projector, which makes the sprocket move the film one frame at a time.  Each frame of film is pulled into a gate in front of the projector lens - held there whilst it is projected - then moved on so that the next frame can be pulled in front of the projector lens.  While this movement takes place a shutter blocks the projection of the image.  The optic nerve in the human eye cannot see that the frame of film in the projector has changed sequentially in this way and hence the picture on the screen seems to move.
"Film moves through a projector at 24 frames per second (fps) but the Maltese Cross mechanism projects each frame on to the screen twice effectively presenting an image 48 fps.  When making a film, the same Maltese Cross is used in the film camera.
"In the early days of film projection there was no standard frame rate because of hand cranked cameras and projectors and thus the picture on the screen seemed to flicker - hence the phrase 'Going to the flicks'! which was still commonly used even when the picture became as steady and flicker free as it is now."
"Today, digital cinema projectors, which are replacing film projectors in many cinemas, recreate this traditional film experience electronically."